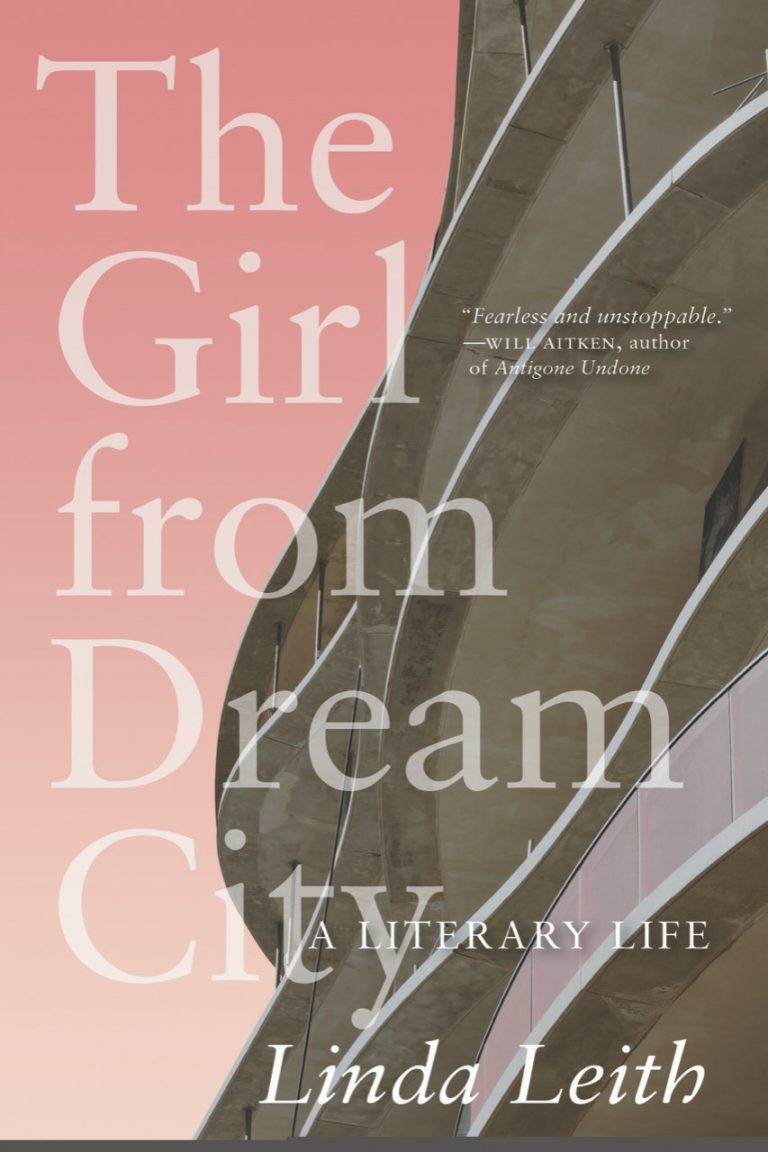 the girl from
dream city

It’s the life that many young women dream of: education in some of Europe’s most beautiful cities before becoming a novelist, essayist, translator and literary curator.

But the start of Linda Leith’s journey is anything but idyllic.

Her unpredictable father, Desmond, is a country doctor in Northern Ireland when she is born in Belfast. He and Nan join the Communist Party and leave Ireland for London when he is hired as editor of a medical journal run by a collective of communist doctors.

When the Party sends him to Romania to report on the marvels of socialist medicine, he is appalled by what he sees. His report leads to a wrenching break from the Party, the loss of his job, and an emotional breakdown.

In 1956, when Linda is six, Desmond uproots the family to Basel, where she learns to speak German and the Basler dialect. They return to London three years later, then cross the Atlantic to Montreal in 1963.

After an adolescence punctuated by angry rows, Linda leaves home during her undergraduate years at McGill, works summers at a resort hotel on the St. Lawrence, and falls in love with Andy, who had become a refugee during the Hungarian Uprising. Dreaming of becoming a writer, Linda spends six months in Paris before accompanying Andy to London, where she enrolls in post-graduate studies on the work of Samuel Beckett, and her father suffers another breakdown.

Married in 1974, she and Andy return to Montreal, where they embark on academic careers and raise three sons. Linda creates a course at John Abbott College on the fiction written in English by Quebec writers, and when she gets a research grant to explore this subject, her academic interest develops into active engagement with the literary community.

After the Berlin Wall falls in 1989, she moves with her family to Budapest. She travels to Belfast in order to revisit Northern Ireland, where she makes a discovery that helps her come to terms with her father. When she writes her first novel in Budapest, she is on her way to realizing her literary dreams.

What They Say about The Girl from Dream City:

Leith has produced not only a fascinating social time capsule, but a nuanced memoir of a home life dominated by the need to keep certain things — most notably her father’s troubled psychiatric history and former standing as a card-carrying Communist — shrouded in secrecy. In her unflinching portrait of a man she describes as “having many great qualities in addition to being an absolutely difficult father,” Leith has made a significant contribution to the literature of family.” — Ian McGillis, from the review of Dream City in The Gazette, April 9, 2021.

“As this compelling memoir demonstrates, Leith build herself not simply a literary life–as a novelist, non-fiction writer, and editor of a literary magazine–but also a dazzling multilingual and multinational salon in the form of Montreal’s Blue Metropolis literary festival, which, under her fifteen-year tenure, grew to be a world-class event. And it all began with a teenage dream.”– Will Aitken, author of Antigone Undone

‘In the book’s latter stages, Leith locates herself as a resident not of Montreal but of “Dream City,” a kind of utopia that Zadie Smith defined as “a place of many voices, where the unified singular self is an illusion.” This is a suitable description for the woman who’s always been enthralled with books and still describes herself as an incurable romantic. “I mean the romance of writing and art and literature and culture. That’s my world.”’ — Steven Beattie, Quill & Quire, April 2021.

“A luscious read, this book will rivet readers of Jill Ker Conway’s The Road from Coorain and Tara Westover’s Educated, or anyone who has dreamed
of building a cultural life.” — URP

“There were many reasons to rejoice when I finally succeeded in becoming a writer, but none has been more liberating than finding the words to apply to my youth.”