The Girl from
Dream City 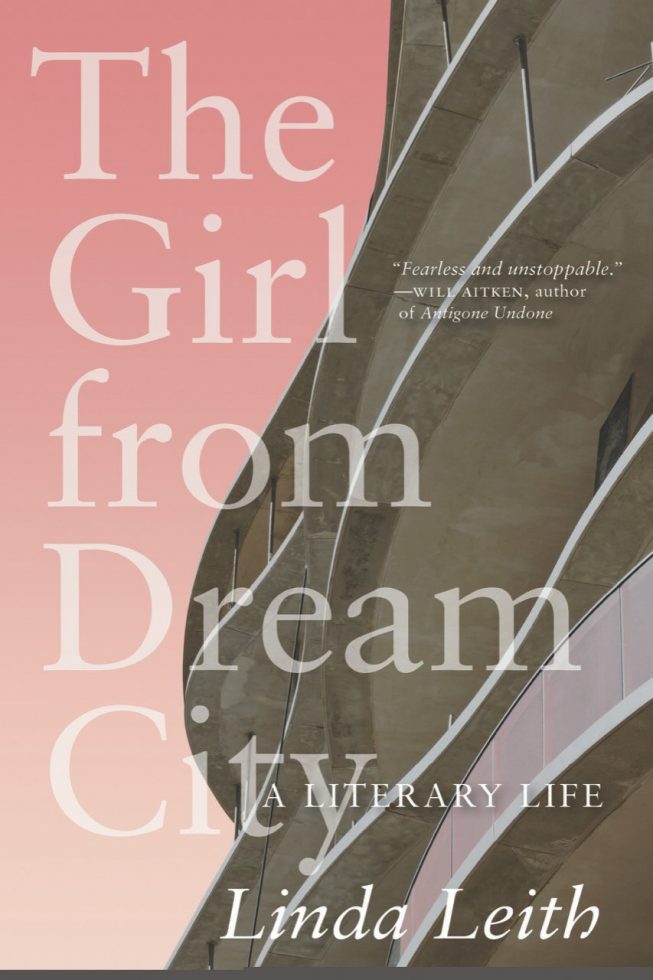 Welcome to the website of Canadian author Linda Leith.

Her new book, The Girl from Dream City: A Literary Life, is published by the University of Regina Press on 10 April 2021.

Linda Leith is “fearless and unstoppable” — Will Aitken, author of Antigone Undone

The Girl from Dream City
tells the story of the daughter of a glamorous schoolteacher and a country doctor in Northern Ireland, where Leith herself was born shortly after the National Health Service came into being. The family soon crossed the Irish Sea, and her father was appointed editor of Medical World, a journal published by a collective of communist doctors in North London. After breaking with the Communist Party, the family lived in Basel for three years in the late 1950s — where Leith went to school in German and spoke the local Basler dialect in the schoolyard — and then in London for four years before sailing the Atlantic to Montreal in 1963.

Having started writing in high school, Leith finished undergraduate studies at McGill before moving to Brussels, to Paris, and to the University of London — where she completed her doctorate on Samuel Beckett’s early fictions. Returning to Canada in 1974, she developed an interest in Canadian fiction by writers working in English and in French.

In 1990 she and her family moved to Budapest, where she wrote her first novel, Birds of Passage (1993). Two other novels followed along with a memoir, Marrying Hungary, in 2008, and a cultural history, Writing in the Time of Nationalism, in 2010.

Leith founded Blue Metropolis Foundation in 1997 and was President and Artistic Director of the Blue Metropolis Montreal International Literary Festival for the first fourteen years. In 2011, she created the literary house Linda Leith Publishing.

The Girl from Dream City: A Literary Life
University of Regina Press.

“I haven’t described Dream City. I’ll try to. It is a place of many voices, where the unified singular self is an illusion… In Dream City everything is doubled, everything is various. You have no choice but to cross borders and speak in tongues.”