Montreal writer and publisher Linda Leith was born in Northern Ireland and has lived in Basel, London, Brussels, Paris, Ottawa, and Budapest. 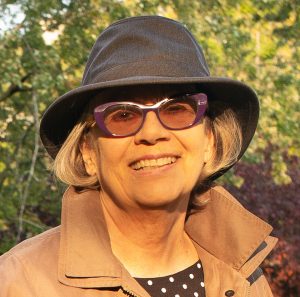 She graduated from McGill University with a First Class B.A. in 1970 and from the University of London with a Ph.D. in 1976.

Her most recent books have been works of literary non-fiction. The autobiographical essay The Girl from Dream City: A Literary Life is published by University of Regina Press on 10 April 2021.

The cultural history Writing in the Time of Nationalism: From Two Solitudes to Blue Metropolis (Signature) was published in English in 2010 and in French as Écrire au temps du nationalisme (Leméac) in 2014.

Marrying Hungary, a memoir, was originally commissioned by Leméac and published in French as Épouser la Hongrie (2004, trans. Aline Apostolska). It was then published in Serbian (Rad, 2005, trans. Aleksandra Mančić) before an expanded edition appeared in English (Signature) in 2008.

Leith is the author of three novels: Birds of Passage (Signature, 1993); The Tragedy Queen (Signature, 1995), translated into French as Un Amour de Salomé (XYZ Éditeur, 2003), winner of the 2004 Governor General’s Award for Translation; and The Desert Lake (Signature, 2007).

Having taught English at John Abbott College, at McGill University, and at Concordia University, she was Publisher and Editor (later co-editor) of Matrix magazine for six years until 1995.

The Founder of Blue Metropolis Foundation in 1997, she was President and Artistic Director of the Blue Metropolis Montreal International Literary Festival until the end of 2010.

“I know it seems like a lot, but I only do one thing. I read books. I teach books. I write books. I think about books. It’s one job.”